Guardians of the garden 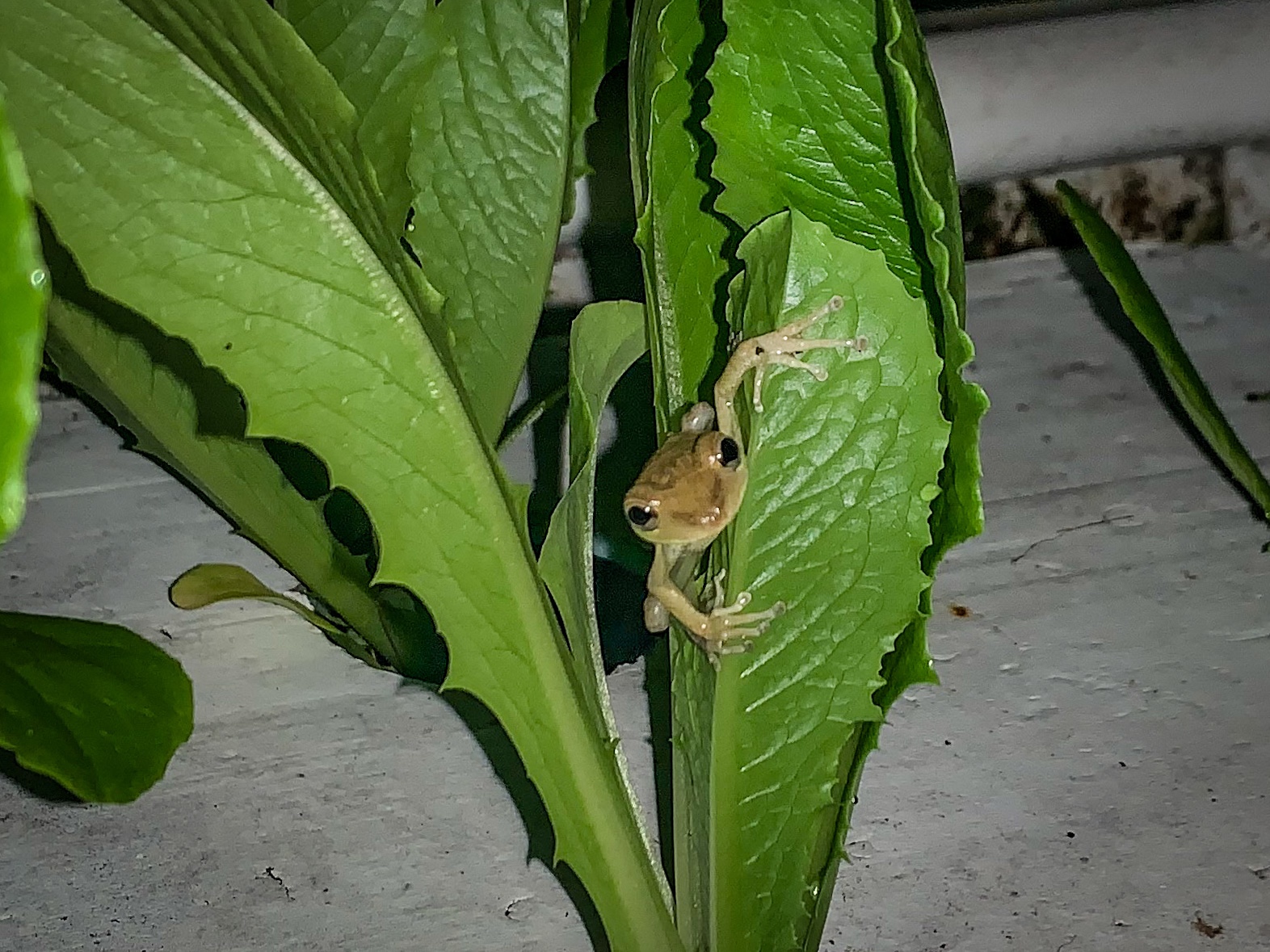 Meet one of the Guardians of our Garden! Spotted this frog while I was checking on the plants and doing our daily check on nutrients and water quality. Upon completing the water quality tests I noticed that a few plants appeared to have leaf damage as a result of caterpillars. However none were to be found. Appears this Guardian of the Garden has been busy!

Backyard Food Solutions in conjunction with the McGuire Real Estate Team is hosting a toy drive benefiting the Brandon Boys and Girls Club.

From now until December 15th you will be able to stop by my office in Fishhawk and drop off unwrapped gifts for the children ages 9-12. Suggested price range is $20-30. If you aren’t able to pick up a toy but would like to help support this mission you can do so by donating money and we will pick up gifts for the kids. We need your help in making this a Christmas to remember for the Brandon Boys and Girls Club. Please help us help them!

If you would like to mail a check please send make out to Chris McGuire and send to PO Box 2761, Valrico FL 33595. Please write in the memo line Brandon Boys and Girls Club Toy Drive.

Thanks so much and we hope to hear you have a great Holiday and Christmas!

We have heard from many of our old customers how much our produce is missed.  We have begun working towards opening the farm up a couple Saturdays a month to sell the produce we grow.  You must come during the scheduled times.  Methods of payment accepted will be credit card, cash and check.  Please message us on Facebook with questions or to RSVP to this Saturdays open farm.  You can also text us at 813-468-6569. 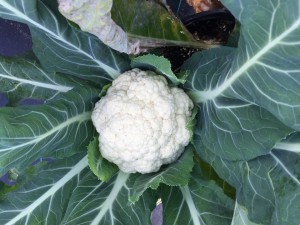 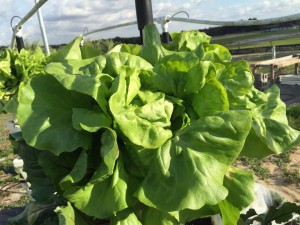 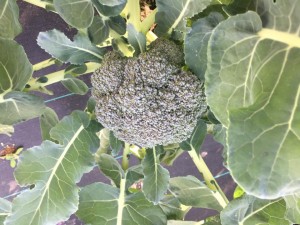 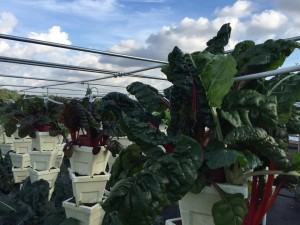 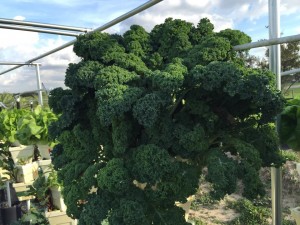 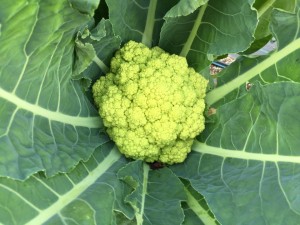 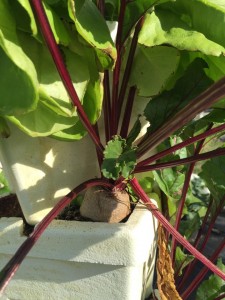 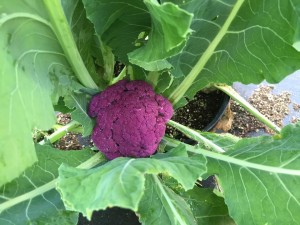 The winter growing season has come to a close. The strawberries have been removed from the hydroponic towers and the spring and summer crops will be going in shortly. My favorite part about this time of year is how cool it is under the shade house! 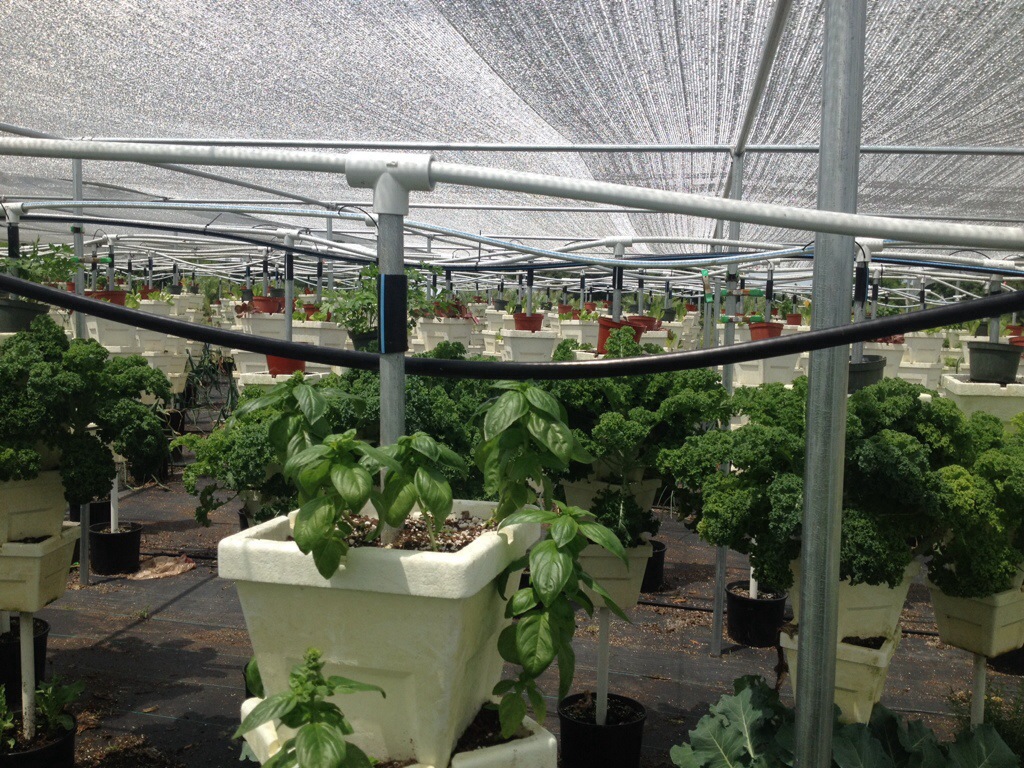 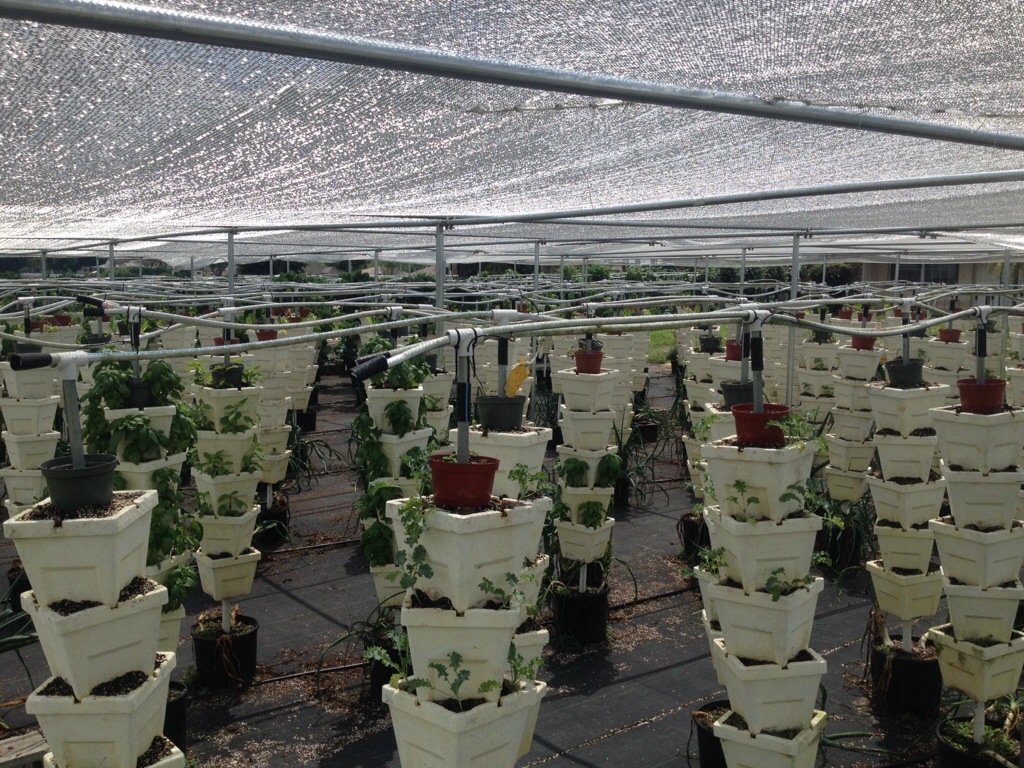 Stand is open today until 6pm – LOTS of Broccoli and Cauliflower

We have extended the hours at the produce stand.  Now open from 1-6pm Tuesday-Friday and Saturday from 11-4pm.  Stop by and pick up some of the freshest produce in town!  All the greens and Broccoli and Cauliflower is fresh picked daily! 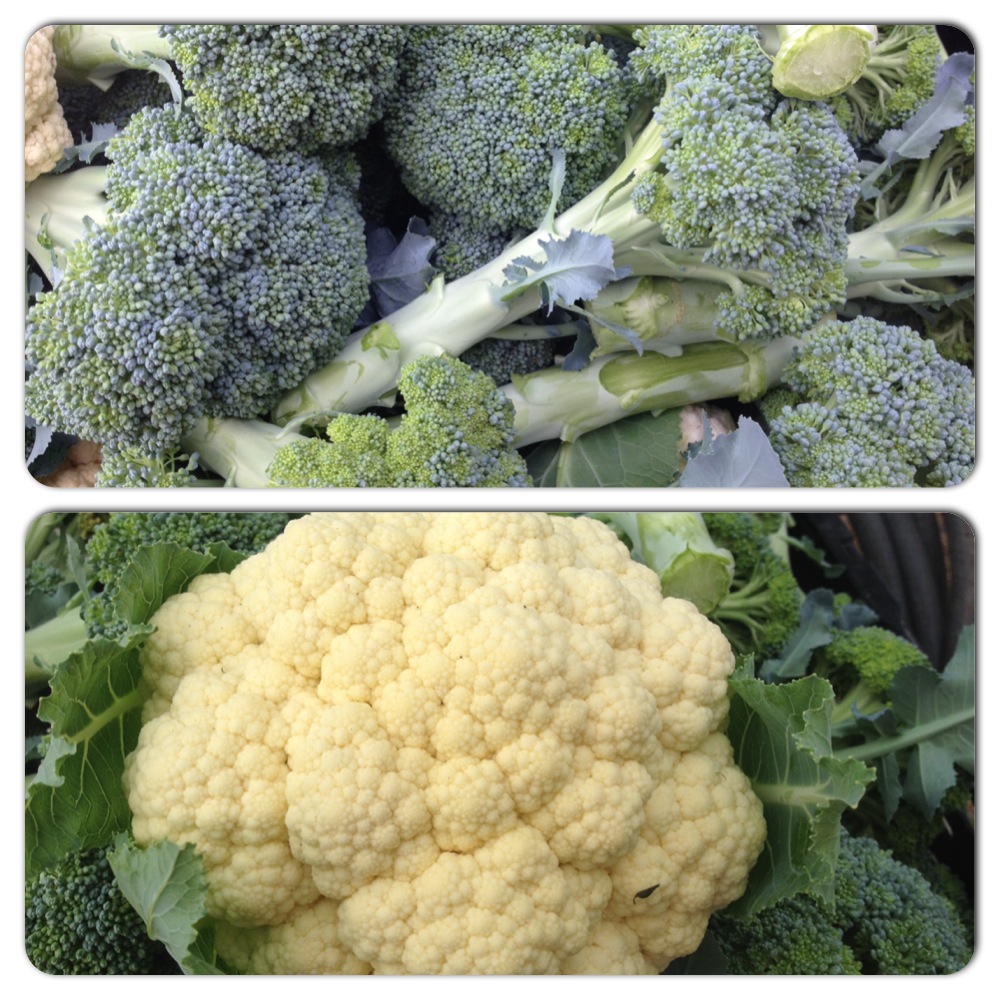 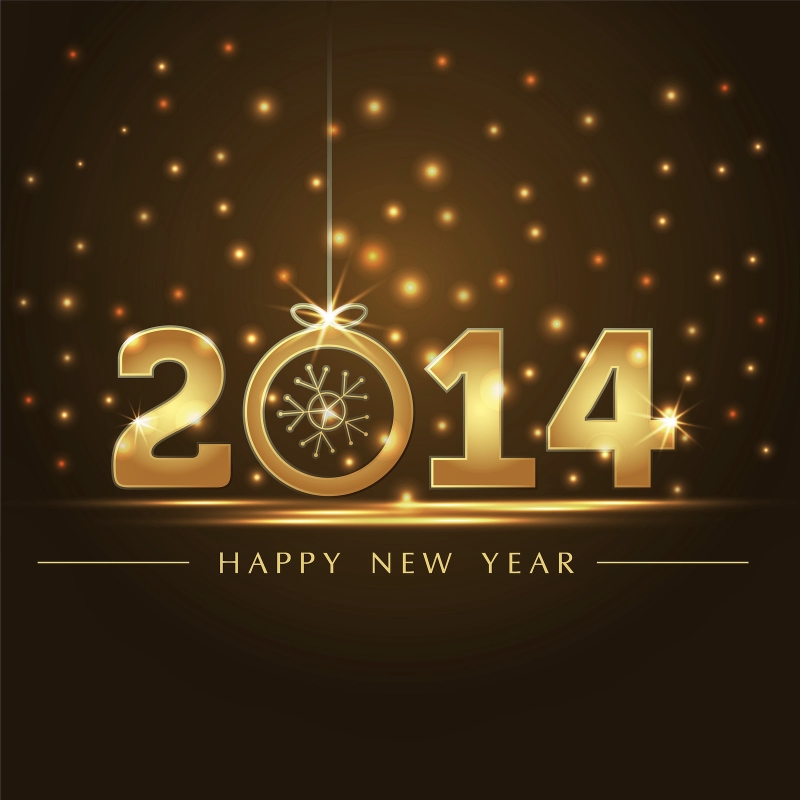 Every New Year people around the world tuck into foods which they believe will bring good fortune in the year ahead.  While the dishes may be different they all have connotations of prosperity and health.

Here’s 10 foods that may (or may not!) bring you good fortune in the year ahead.

1. Leafy greens like cabbage and kale are commonly eaten on New Year’s day because they resemble money. Belief has it, the more you eat the more prosperous you’ll be.

2. Like greens, beans are also eaten because they resemble money - but coins in this case.

In the Southern states of the US it’s traditional to eat a dish called Hoppin’ John made from black-eyed peas. It’s though that eating black-eyed peas shows humility and therefore invites good fortune.

3. Lentils are yet another food stuff with financial connotations. They are commonly served in Italy and Brazil where they are believed to symbolise wealth. It is thought lentils have been eaten for luck since Roman times.

4. Fish are lucky in three ways: their scales resemble coins, they travel in schools, which represents prosperity, and they swim forward, symbolising progress. In China it’s important for the fish to be served with the head and tail intact to ensure a good year, from start to finish.

In Germany, Poland and Scandinavia however, it's believed that eating herring at the stroke of midnight will ensure a year of bounty—as herring are in abundance throughout Western Europe. Also, their silvery colour resembles that of coins, a good omen for future fortune.

5. In Spain and Portugal revellers eat 12 grapes at midnight - one on each stroke of the clock.

Each grape is said to represent a month. A sweet grape represents a good month, while a sour grape could signal something bad.

6. In Greece, a pomegranate in smashed on the floor in front of the door at midnight to break it open and reveal seeds symbolising prosperity and good fortune. The more seeds, the more luck you can expect in the coming year.

It is also believed that their red colour, which represents the human heart, denotes life and fertility

7. Noodles are a symbol of long life. One of Japan's most beloved foods, soba, or buckwheat noodles, are customarily eaten at midnight on December 31, when they are called toshi-koshi ("from one year to another") soba. The noodles symbolise longevity, which is lucky, so the longer they are, the better. To benefit from the luck they must be eaten without breaking however.

8. Many people consider pork to be the luckiest of all foods to eat on New Year’s Day for two reasons.

Firstly, pigs are rotund, which represents prosperity. They also “root forward” with their noses, which is supposed to symbolise progress.

9. Ring-shaped foods are a symbol of coming full circle so dig into doughnuts and bagels on New Year’s Day. Ring-shaped cakes are sometimes baked with trinkets or coins inside and the person who finds the trinket is said to have good luck.

10. Cornbread is a favourite new year’s treat in the US because it’s colour represents gold. Some people add extra corn kernels which are emblematic of golden nuggets.
Have a Happy and Safe New Year from the Backyard Food Solution's Team!!! 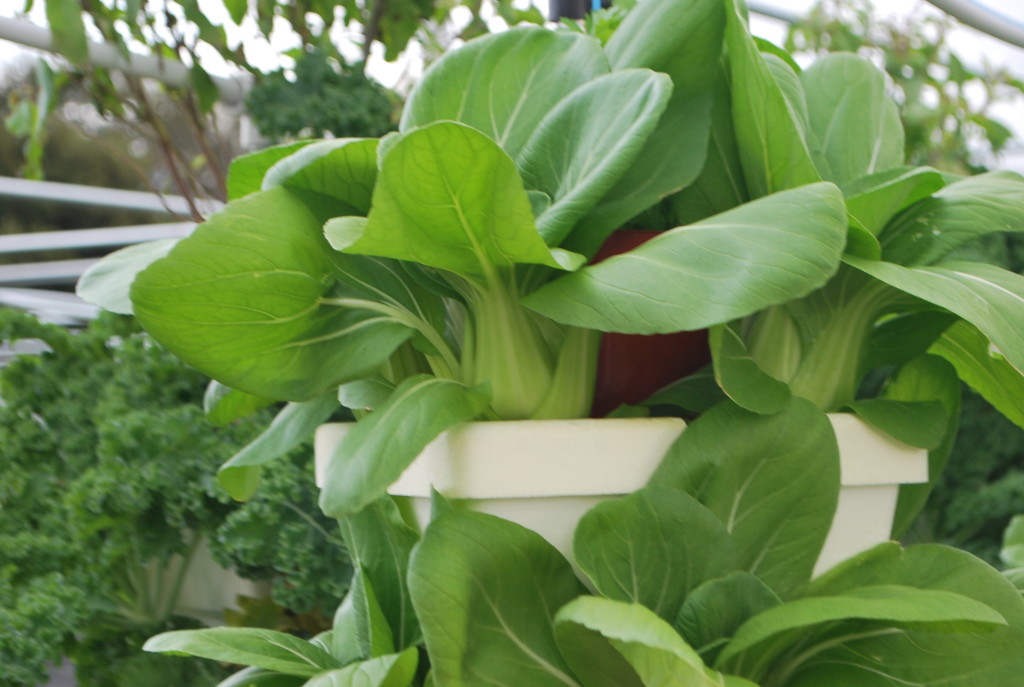 Some pictures from the farm 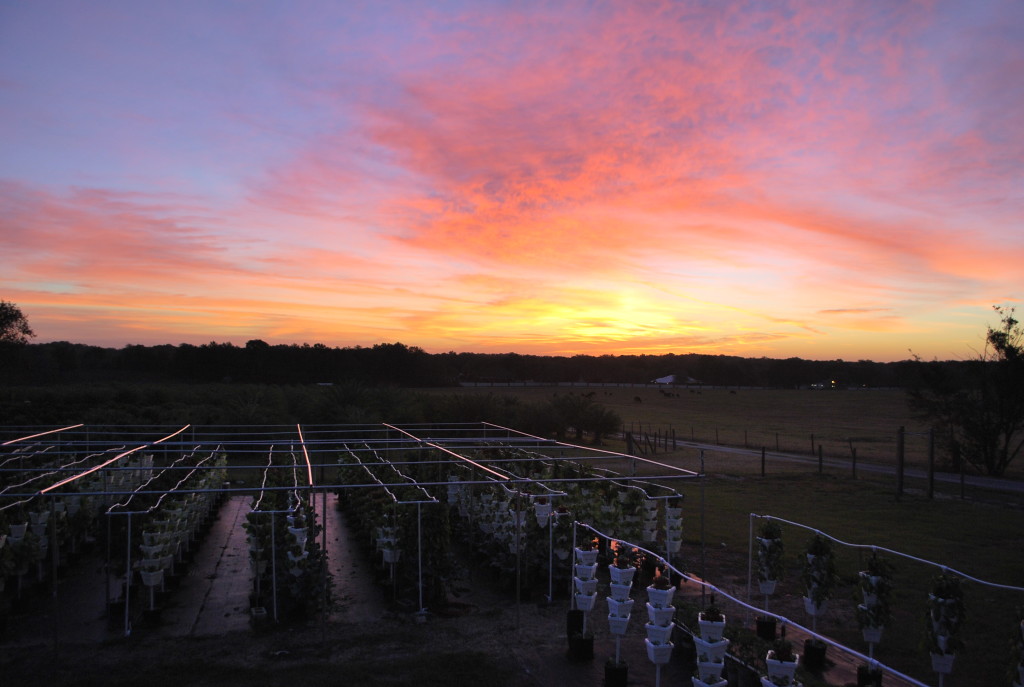 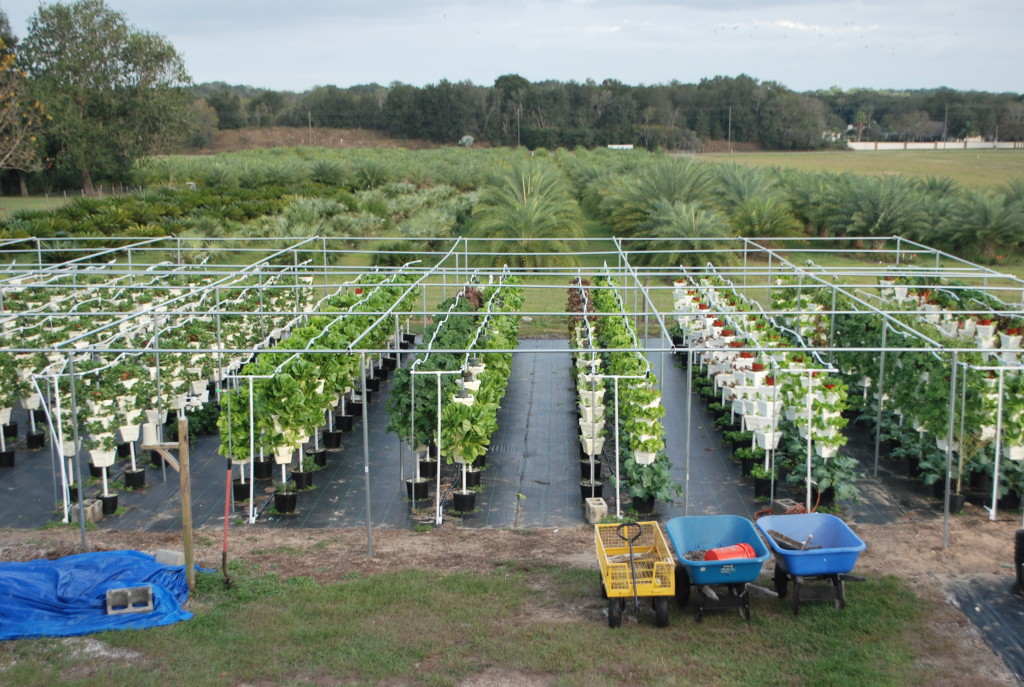 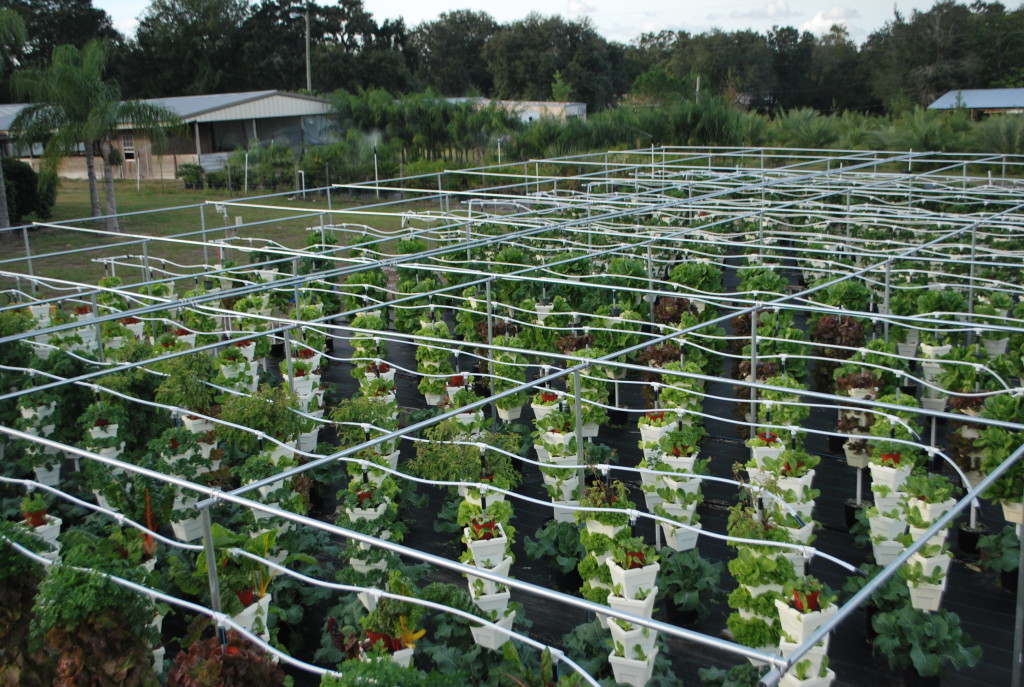 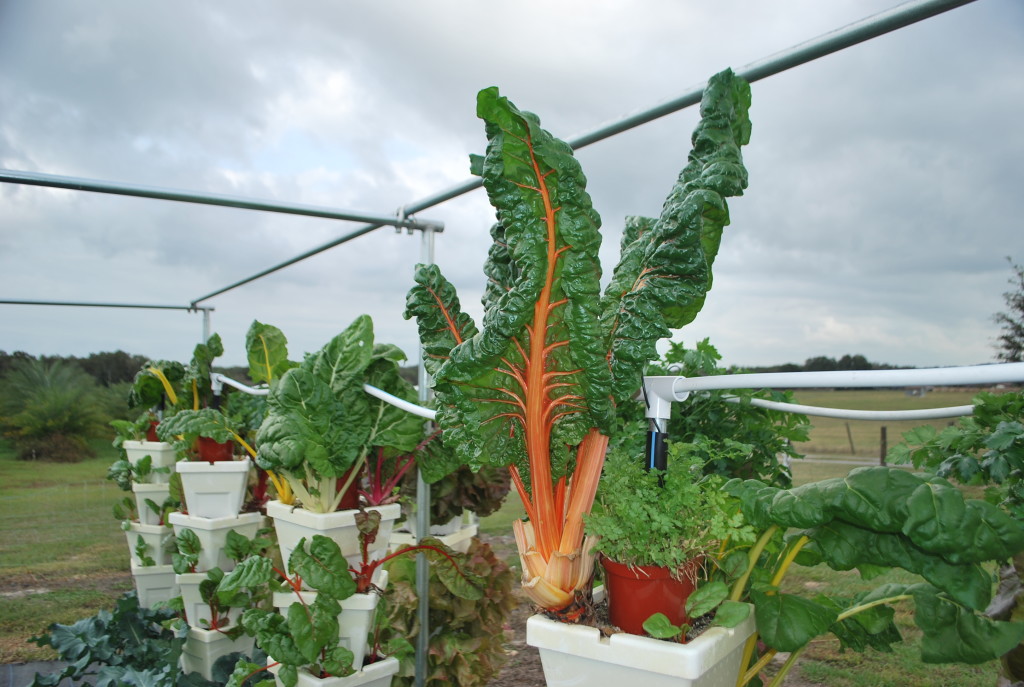 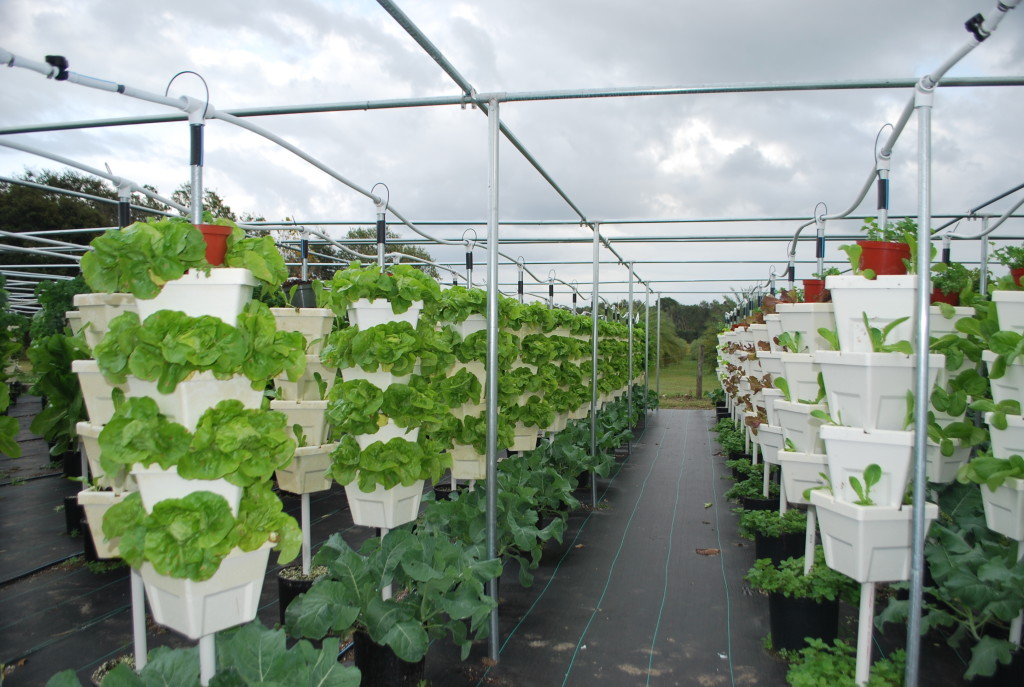 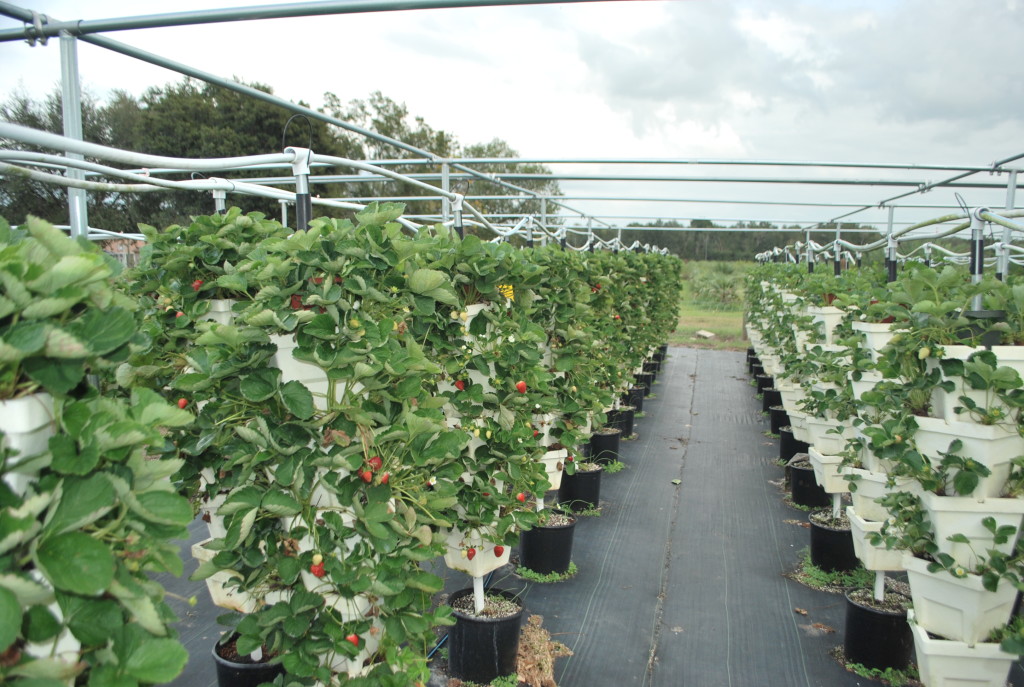 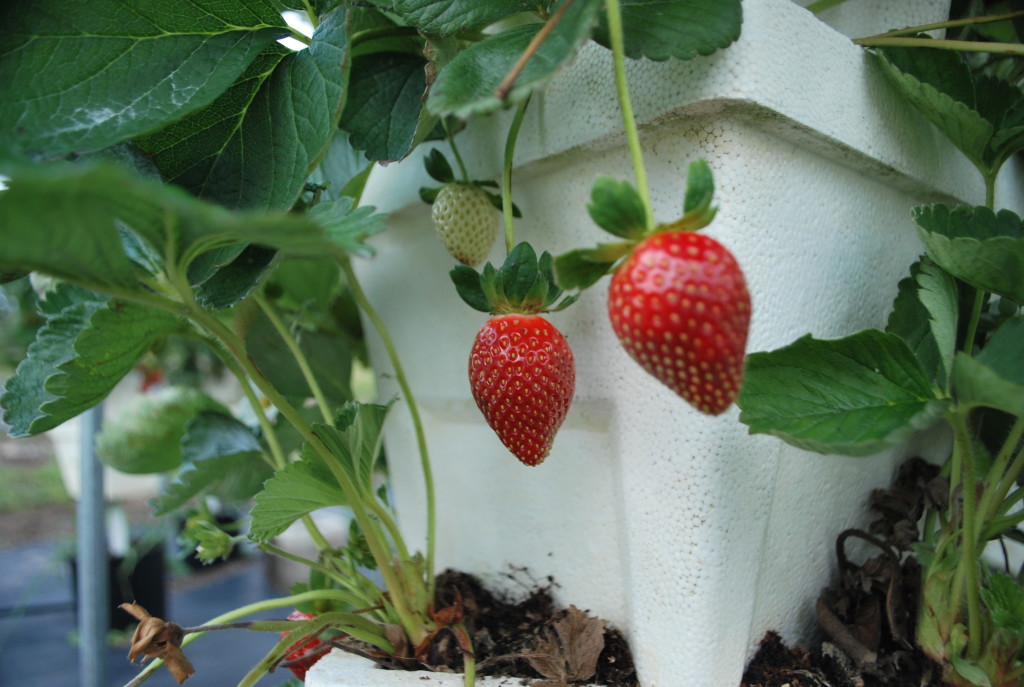 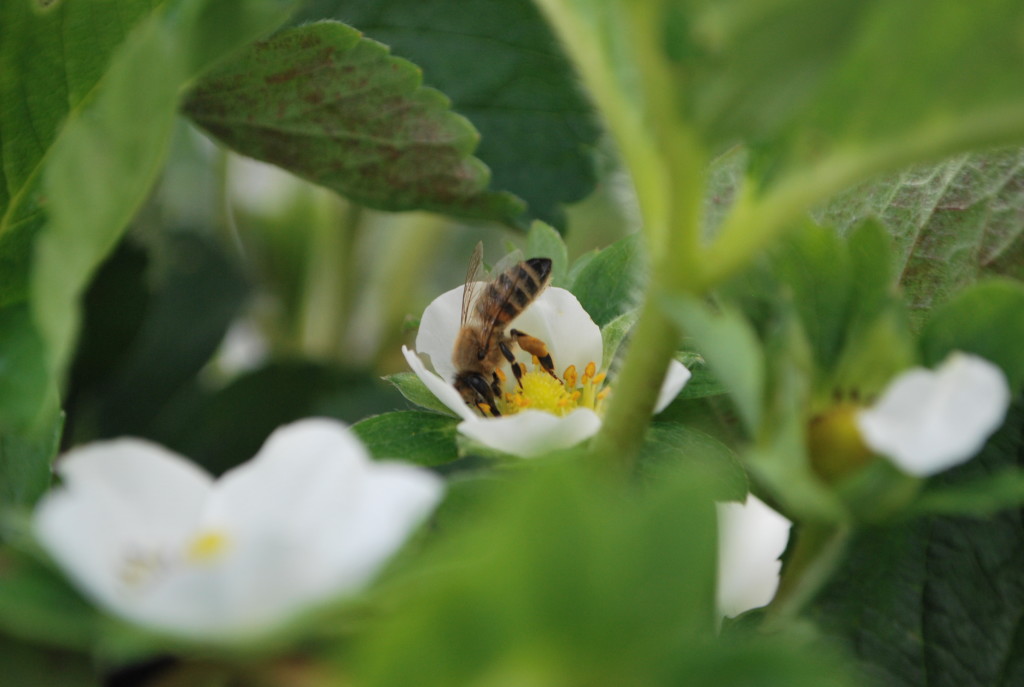 Enjoying the First Hydroponic Strawberries from our Farm 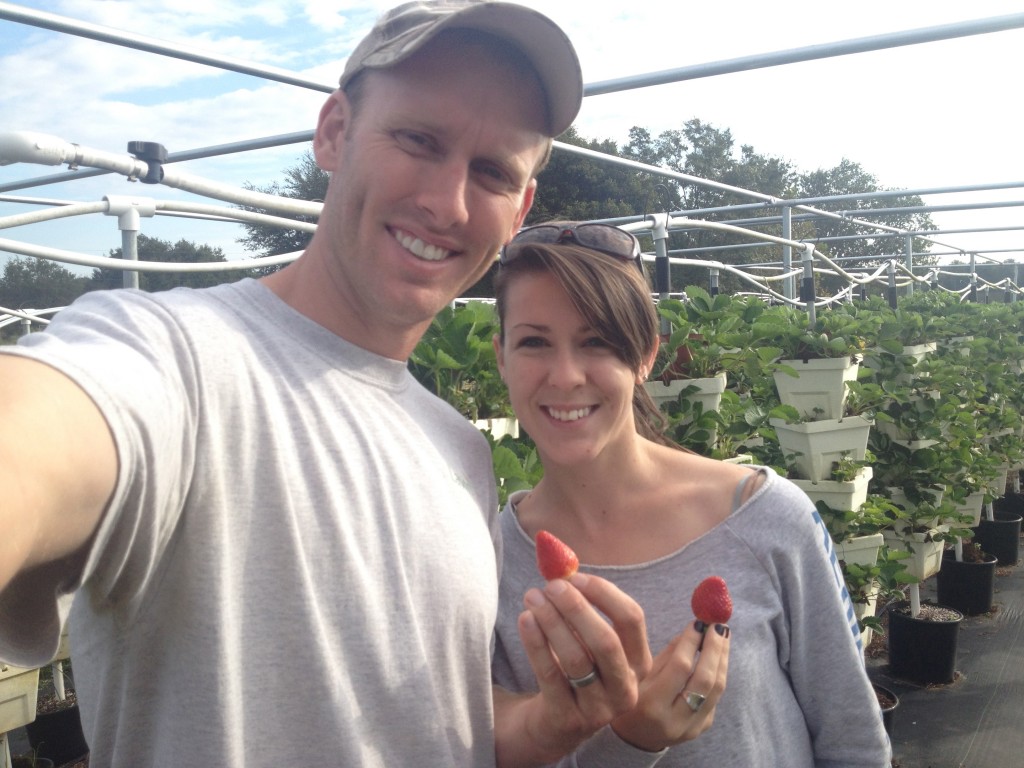 Erin and I enjoying the first strawberries from the farm. Can't beat having a fresh berry before November! In two weeks we should have enough in production for the produce delivery customers. Will keep you posted!
[contact-form]

Hydroponic Butterhead Lettuce from plug to the plate! 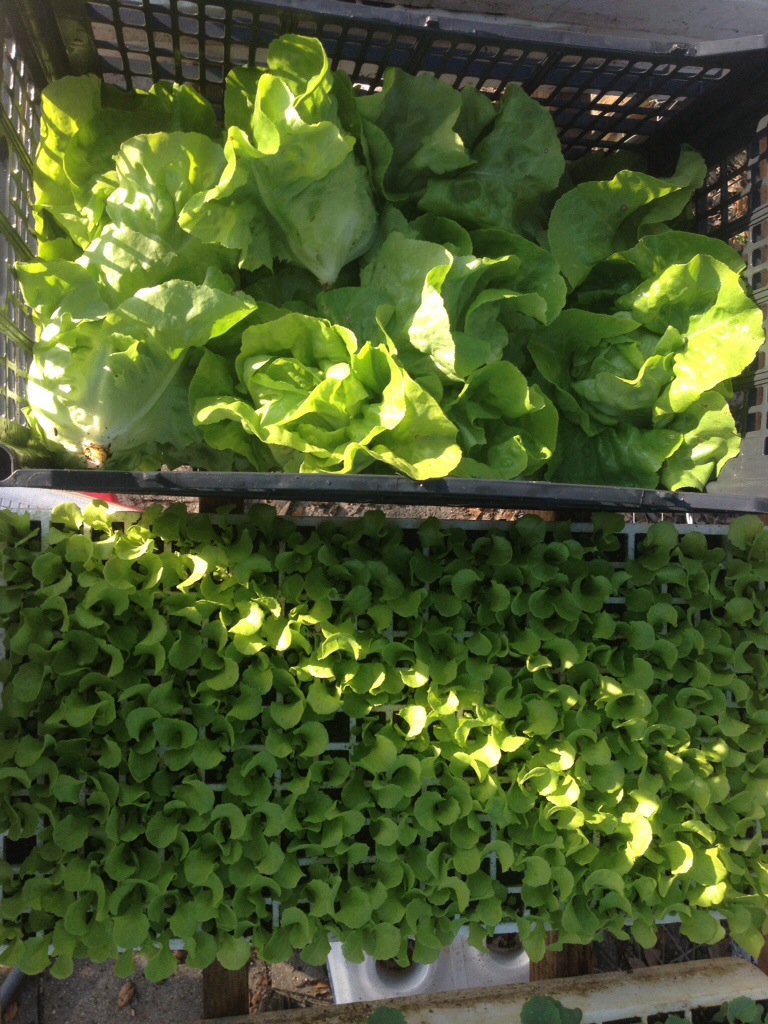